It appears that boobs were on the menu at Nicki Minaj’s 31st birthday celebration as the rapstress was presented with a cake made in the image of her beloved breasts, Minaj pulled up to the venue in her hot pink wheels and her boo Safaree “SB” Samuels right by her side dressed like the green Power Ranger ready to celebrate.

As she entered the spot you can over-hear paparazzi asking Nicki about her thoughts on the recent comments made by actress Rashida Jones regarding what she calls the ‘pornification of pop stars’ in which she named Rhianna and Nicki Minaj as the main culprits, but Nicki chose not to respond to it on her big night. You can read some of Jones’ statements below…

“If 1994 was the Year of O.J.’s White Bronco, 2013 was the Year of the Very Visible Vagina,” the 37-year-old actress wrote, criticizing “the Miley Cyrus cross-continental twerk-athon and Nick Minaj’s Halloween pasties. With the addition of Rihanna writhing on a pole in her ‘Pour it Up’ video and Lady Gaga’s butt-crack cover art or the song that goes ‘Do what you want with my body,’ I was just done. I’d had enough.” 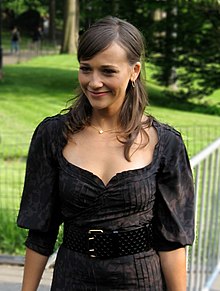 “What else ties these pop stars together besides, perhaps, their entangled G-strings? Their millions of teen-girl fans,” Jones noted. “Even if adult Miley and Nicki have ownership of their bodies, do the girls imitating them have the same agency?”

“And finally, pop stars: Please stop saying you don’t want to be role models. Because, guess what. You are,” Jones concluded. “You depend on the millions of people who adore you…Go ahead and tweet pictures of your undercarriage. But perhaps every eleventh song or video, do something with some more clothes on? Maybe even a song that empowers women to feel good about some other great quality we have? -Rashida Jones (NYDaily)