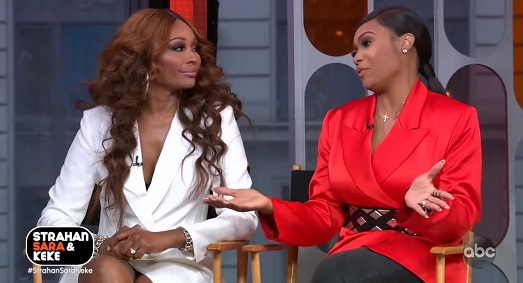 Despite not having a solidified peach of her own, Marlo Hampton is hitting the promo trail in support of Real Housewives Of Atlanta on the strength of her extended role on show that has now earned her a considerable amount of extra screen time for season 12. Pop the top to peep her appearance on ‘Strahan, Sara & Keke’ alongside costar Cynthia Bailey.